HEINEKEN, Nouryon, Philips and Signify have formed the first consortium to sign a Pan-European green energy deal securing additional renewable electricity for Europe. The four companies have a shared vision to further reduce CO2 emissions in support of the UN Paris Agreement and the European Green Deal objectives.

The companies joined forces to support the development of 35 wind turbines in the Mutkalampi municipality in Finland, which is scheduled for completion in 2023. The virtual PPA covers an expected output volume of 330 GWh per year – equivalent to the electricity consumption of 40,000 households. Compared to the average European electricity generation, this renewable electricity will help to avoid over 230,000 tons of CO2 emissions per year.

The consortium has committed to contracting renewable electricity from the wind farm for the first 10 years through a virtual PPA. The electricity will be physically delivered to the Finnish grid while the four consortium partners benefit from the Guarantees of Origin. This provides income stability for the renewable project while guaranteeing clean energy benefits for the corporate buyers.

Marcel Galjee, Vice President Energy & New Business at Nouryon Industrial Chemicals: “As part of our commitment to a sustainable future, we have set a target to reduce carbon emissions by 25% between 2020 and 2025 and to increase our share of renewable and low-carbon energy to 60%. This virtual PPA combines the best of both worlds: additional renewable electricity is realized in Finland where there is space, both physically and on the grid, while we benefit from more sustainable energy for our operations.”

Jorge Paradela, Corporate Affairs Director Europe at HEINEKEN: “As part of our global CO₂ reduction program, Drop the C, we aim to significantly reduce emissions across our value chain and are committed to reaching 70% renewable energy in the production of our beers by 2030. This virtual PPA is another step towards our ambition and will provide the equivalent electricity needed to brew over 5 billion bottles of beer. Where possible, we aim to develop local PPAs for our Operating Companies. For example HEINEKEN Spain has signed a long term PPA involving the construction of a new solar photovoltaic plant. It is not always possible to build locally, therefore we are delighted to join forces on this virtual PPA to deliver significant renewable electricity for Europe. We firmly believe in the power of collaboration to help contribute to a greener world and greener future for us all.”

Robert Metzke, Global Head of Sustainability at Philips: “Climate change threatens our healthcare systems globally. This renewable electricity partnership raises the bar in how we can jointly increase green energy supply across Europe, in line with the UN Paris Agreement. With this agreement, we secure renewable electricity supply to power our global operations for a 10-year period, delivering real progress on our 2025 climate targets. By the end of this year, we will be carbon neutral in our own operations, and we aim to source over 75% of our total energy consumption from renewable sources by 2025.”

Nicola Kimm, Head of Sustainability, Environment, Health & Safety at Signify: “The world increasingly faces the challenges posed by climate change. The time to act is now. We already achieved carbon neutrality for all our global operations earlier this year and we source 100% renewable electricity. Now we are committing to double the pace we reach the Paris Agreement over our value chain by 2025. Joining forces to realize this Pan-European PPA will accelerate the transition to clean energy and supports our climate action ambitions. We hope to encourage others to follow so we can collectively reduce carbon emissions around the globe.”

The new wind farm will be realized by Neoen, an independent French producer of renewable energy. The four parties were advised on the consortium by Schneider Electric. 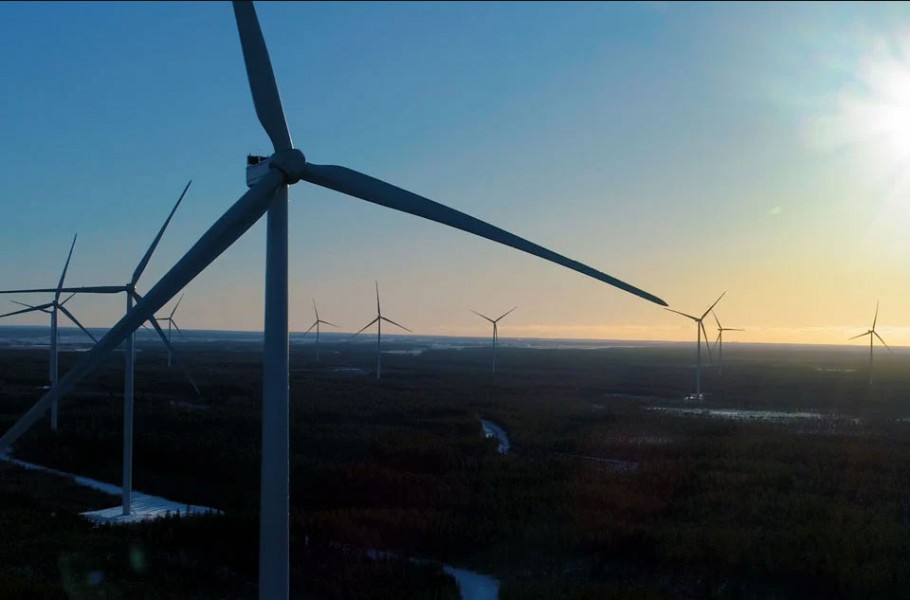