With the commissioning of a new electric boiler, Nobian is taking another important step in reducing its climate footprint. The new energy-efficient boiler makes the evaporation of hundreds of thousands of tonnes of salt much greener and can save up to 1 tonne of CO₂ per year per resident in the municipality of Mariagerfjord in northern Jutland.

Three birds with one stone

With more than 600,000 tonnes of salt leaving the plant on Mariager Fjord in Denmark every year, the production process is energy intensive. Site director in Mariager, Søren Møller welcomes the new green boiler, which kills three birds with one stone as part of Nobian's sustainability strategy Grow Greener Together and its ambition to become fully carbon neutral by 2040. "Our new electric boiler will mainly benefit the climate by replacing natural gas with electricity. The greater flexibility in our steam production also allows us to reduce our costs and keep our production plant fully operational when one of our other boilers needs maintenance," he explains.

The electric boiler operates at 10,000 volts and simply consists of three electrode bundles in a vessel to which a lot of electricity and water is added. The new boiler is 37 megawatts and can convert 50 tonnes of water into steam, which the plant uses per hour when running at full pressure. It thus has twice the capacity of the company's two other boilers, which run on natural gas and wood chips respectively.

Mayor Jespersen of Mariagerfjord Municipality is also pleased that Nobian is taking the lead in reducing energy consumption. "We want to meet the Paris Agreement target of being carbon neutral by 2050. That is why we have joined forces with our biggest energy consumers in the Green Mariagerfjord partnership, where we promote the green transition through knowledge sharing, joint marketing and cooperation. The new boiler is an excellent example of how it makes sense to invest green. Many of us can learn from this," Jespersen said.

He is also pleased that Dansk Salt plans to reduce water consumption in production and supply homes in the area with excess heat, as a natural part of a future capacity expansion. "In many ways, Dansk Salt is a role model for all companies that want to go the extra mile in the green transition, and this is the way forward if we want to achieve the goal of becoming a climate-neutral society in the not-too-distant future," he concludes. 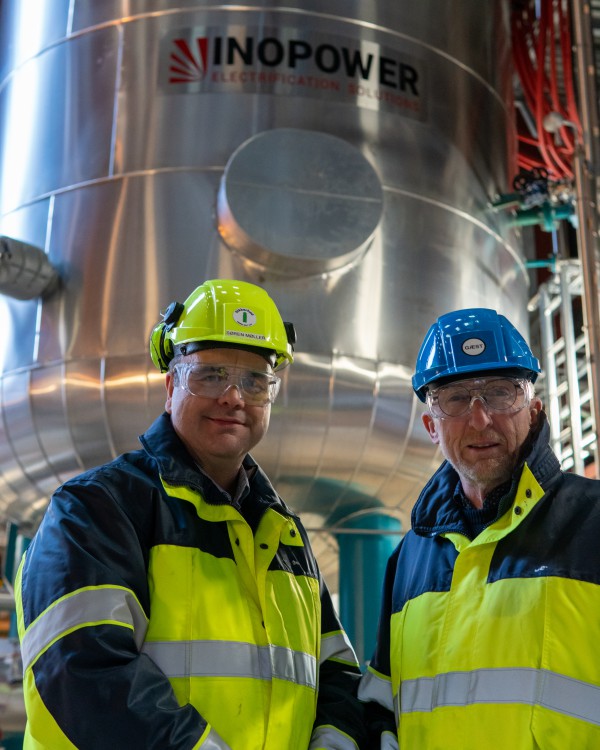